Supporting and serving our members by providing networking and educational opportunities and advocating progressive growth in our communities.

Covering a five county area the HBA of NENC represents all aspects of the building industry from residential contractors and remodelers to suppliers, real estate professionals, manufacturers and lenders.

As an affiliate of the National Association of Home Builders (NAHB) and the North Carolina Home Builders Association (NCHBA) , the HBA of NENC is part of the most influential and active organization representing the building industry today.  With more than 143,000 members nationwide you will not find a stronger more influential alliance to the building industry anywhere!

For more information or to Register for classes click HERE 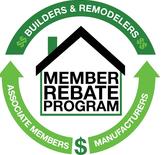 With the recent spikes in COVID-19 cases and hospitalizations as well as the restrictions imposed pursuant to the Governor’s Executive Orders, the HBA of NENC  has cancelled all meetings/events for the remiander of 2020.  We are  committed to the safety and health of our members and our community.  We will continue to provide you with updates as they occur and encourage all of you to follow CDC guidelines and safe business practices.

We look forward to seeing you all when we can gather safely!

For the latest news and information related to COVID-19, visit NAHB's Coronavirus Preparedness and Response page.

The decision to support a candidate was based on several factors, including but not limited to previous support of the industry, historical voting records and staff evaluations. Thus, the candidates that received a financial contribution have a track record on issues of importance to the home building industry.

It is important to your livelihood and to the future housing needs of the citizens of North Carolina that pro-housing candidates are elected to office. Please take the time to vote and encourage your family and employees to do the same.

Early voting started October 15 and runs through Saturday, October 31. Click here to find an early voting site near you.

Don't know your district? Look Up Your Voter Information And View Your Sample Ballot

The recent spike in softwood lumber prices has caused the price of an average new single-family home to increase by $16,148 since April 17, according to NAHB standard estimates of lumber used to build the average home. Similarly, the market value of the average new multifamily home has increased by $6,107 over the same period due to the surge in lumber prices.

According to Random Lengths, as of Aug. 21 the price of framing lumber topped $800 per thousand board feet — a 130% increase since mid-April.  READ MORE

Jennifer Berry with Taylor Mueller Realty (Combining my years of working knowledge in construction sales and service to provide my clients the best experience possible when selling or buying a home!)

Get your Free Houzz profile displaying the verified NAHB national badge and your state and local HBA badges.  Another BENEFIT of being a member!

At work with you. 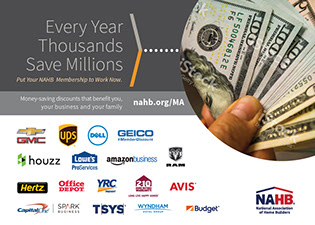 The HBA of NENC is a Proud Member of the following: